“I Want To Know What Love Is”

I listened to Foreigner sing “I Want To Know What Love Is.”

And I thought, “If my poetry can be sung or dig so deep into the reader’s emotional well that tears come without effort. If only I can do that, I’ll consider myself successful.”

What’s a poet’s job, anyway? When I can answer that, I’ll be a better writer.

Happy Valentine’s Day. I hope you find or already have your true love.

Two letters. One syllable. The biggest barrier to anything, everything, all things.

I should never be allowed next to F. There union produces misery, lost dreams, dulled ambition, a lack of personal responsibility. Who wants that family?

If I had done my homework. If I had kissed her/him when I had the chance. If I had written my thoughts down. If I hadn’t sent that note. If. If. If.

The most dangerous word in the English language.

Stay away from that house and their children.

A little long for a blog post, but it’s a Christmas story I can’t help but repeat every year.

My most cherished Christmas memory has to do with a Christmas during the Korean War and a photograph of my parents.

Dad had been recalled to active duty for the conflict, but he wrangled some Christmas leave because his ship was in port. He got home Christmas Eve and found that Mom had the tree decorated except for the angel on the top.

We lived on a quiet street with small houses except for the Keeters’ house. They lived three houses down on the corner in a large, two-story house. Mr. Keeter had one of the few televisions in the neighborhood and an endless supply of beer. We spent many Friday nights at his house while he and Dad watched the Friday Night Fights and drank Pabst Blue Ribbon beer.

The day Dad came home on leave, he greeted all of us, kissed and hugged my Mom. When he didn’t find any beer in the refrigerator, he announced, “I’m going down to Dick’s for a few minutes.”

Dad returned before supper was ready, and Mom didn’t slow her pace in the kitchen. She greeted him with, “You’ve got time to put up the angel on the tree before we eat.”

Still in his uniform, Dad found our rickety stepladder and set it up next to the tree.

My brother, Mom and I gathered and watched Dad proceed up the ladder, angel in hand. The ladder rocked and creaked with each step. Whether the rocking was from the age and accumulated wear of the ladder or the accumulated Pabst, none of us ever knew.

Near the top, Dad stopped, grasped one side of the ladder, and with his free hand reached over to place the angel in position. But the movement of his arm and his shifting weight caused the ladder to give way, and it collapsed toward the tree.

Dad grabbed both sides of the ladder and leaned back. The ladder stopped its forward motion, teetered, then moved past the center of gravity and fell back. He over-compensated for the backward motion, thrust himself forward, a bit too far.

The spectacle kept Mom from returning to the kitchen. “Oh dear,” she uttered, helpless but amused.

As the ladder passed the point of no return forward, Dad reached out with both hands and hugged the tree. He and the stepladder, now a part of the tree, became victims of gravity.

“Umph.” Dad and tree bounced once.

“Oh dear.” Mom was stuck on that phrase.

But, Dad, ladder, and tree had been “touched by an angel” because nothing broke, not even a branch. Pride? Well, that was another matter.

Dad clambered out of the tree and brushed tinsel off his dark blue uniform. Normally not at a loss for words, having learned his higher and more colorful vocabulary as a young sailor, he remained quiet. This time a model of decorum before his children.

He righted the tree, found the angel, and once again setup the stepladder.

And, once again he came crashing down, holding on to the tree, a puzzled look on his face. By this time my brother and I wanted to laugh out loud but were afraid to. Tears welled up in Mom’s eyes, and she managed another “Oh dear.”

Before Dad tried it the third time, my uncle paid us an unexpected visit. He had the good sense to steady the ladder for the final attempt at installing the angel.

It was my uncle took this snapshot of my parents, who by then had begun to enjoy the humor of the moment.

I had a stray thought today that ran through my mind and left as quickly as it entered. I’m not sure it makes any sense, but here it is:

Okay, here we go. I read today that as we age we can have difficulty concentrating. I bet that’s what they call attention deficit disorder in children. Life goes in circles, does it not? Anyway, when I’m not in the “mood” to work on my eternally=in=the=work novel, I take a scrap of thought and develop it into what some call poetry. Sometimes I’m not so sure, but I find the exercise of writing of putting thought to paper both exciting and frustrating. Here’s the latest (as of this morning) of my musings. As always, feel free to sling mud or compliments.

What child is this
who sits quietly in my lap
and falls asleep
to my voice reading?

What child is this
who dreams big dreams
and becomes a man
before my aging eyes?

What child is this
who brings me children
to sit quietly in my lap
and listen to my voice reading?

What child is this
who holds my hand
and lets tears fall
as I slip into eternity?

Whose child was this
who sat quietly in a lap
and fell asleep
to a mother’s quiet song?

Whose child was this
who captured dreams
and became a man
before the Father’s eyes?

Whose child was this
who gathered children
and urged them go,
change the world?

Whose child was this
who gave His mother
to a disciple for caring
as he slipped into eternity?

Whose child was this
who gave up everything
to become everything
for an ungrateful world?

Present Past Future – Another one in progress 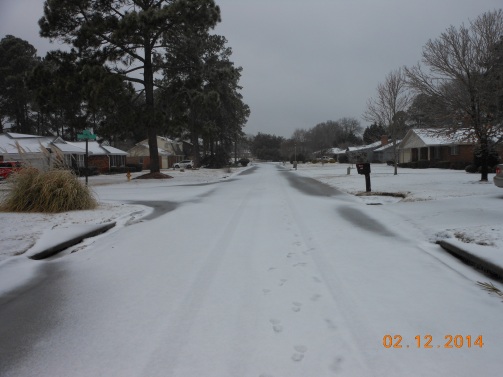 A gray, cold day and words that come to mind today match the sky outside my window. Here’s another poem in progress. (I always say in progress because what you see here is almost always the first draft. My writing group usually cracks a mean whip over my first drafts!) If you are so inclined, throw darts, let me know what you think.

Present builds on past
fences surround ambition
tell him cannot, will not

Never Give Up. Never Surrender

The Christmas that Dad allowed me to help set up things for my brother and sister marked my passage from child to young adult. To this day I cannot describe how important it made me feel. But he would not allow me to see my stuff until the next day, so I trudged off to bed as soon as my brother and sister’s things were arranged under the tree. Before I went, I placed the fireplace screen around the tree because we had a cat who loved to play with the shiny balls and lights.

I snuggled into bed between cold, stiff sheets and drifted between awareness and sleep, thinking about a three speed English bicycle. I jolted awake when I heard a tremendous crash, and some part of my brain instantly knew the cat had knocked over the tree. The great clatter woke up my brother, who, jerking upright, called out: “Mama, is that Santa Claus?” And Dad, never one to mince words, yelled back, “Hell no! Now shut up and go back to sleep!”

Sometimes life is like Christmas. We start out wide-eyed and innocent. We sleep through some opportunities. Then we have a dose of reality thrown on us when we discover our parents lied to us and there is no Santa Claus. We find life to be full of challenges, but, if we are smart enough and work hard enough we, like the cat, find a way to get over barriers. Remember the TV show “Galaxy Quest”? Here’s a little inspiration from that show:

Inmate 1: “Why do you insist on trying to escape from the cell with a toothbrush. You will never be able to get through the walls with that.”
Inmate 2: “What else are we going to do. Never give up Never Surrender”

Another work in progress–God’s Hands.

God spoke the world into existence, and the work of His hands

mountains that rush to the sky, rivers that push through solid rock
and deserts with colorful and shifting sand

rainbows that arch across the horizon, shimmer with color and promise,
a sun that casts long golden shadows

lakes deep and wide, rivers that flow to the sea,
oceans that push giant waves against the shore

God spoke His word, moved His hands,
and left evidence of His work

for us to know

Heart – A Poem in Progress

How fragile is the heart, how easily wounded,
a muscle so strong can be so weak.

A heart has strings
and its own maestro.

How fragile and strong is the heart,
a muscle among muscles.

My father’s house had a wrap-around porch,
a place where I often sat in the cool of the evening
and listened to the summer stillness
while life’s troubles slept,
leaving us in near slumber.